Even community colleges are getting less affordable, study shows We’ve written previously about how college overall has gotten more expensive, and even though financial aid has reached record levels, it still hasn’t been enough to make up the difference for most families, particularly low-income ones. And a new study from the Institute for Research on Higher Education at the University of Pennsylvania confirms that college […]

Once again, college tuition rose faster than inflation this year, the College Board reports.

Average college tuition and fees rose about 3% from last year, even though the government reports there has been basically no inflation in the rest of the economy over the past 12 months, according to Money.

With the cost of college topping $60,000 at some schools, it may seem impossible for regular families to afford higher education.

But there are still plenty of quality colleges for half the cost. Kiplinger recently released a list of the best value colleges that still cost under $30,000 per year, all of which provide a great bang for your tuition buck.

Evaluate return on investment when choosing a college

"Parents realize the economy hasn't changed much in the past six years, and they're shopping for college like they would any other major product. This isn't an emotional transaction anymore." -- CFG Co-founder Andy Leardini

With the cost of college rising, more parents are beginning to look at the return on investment of where they send their children to college and evaluating whether schools are worth their high costs. As College Financing Group co-founder Andy Leardini told Buffalo Business First in a recent article, the college decision has become like […]

Student loans still growing faster than any other debt 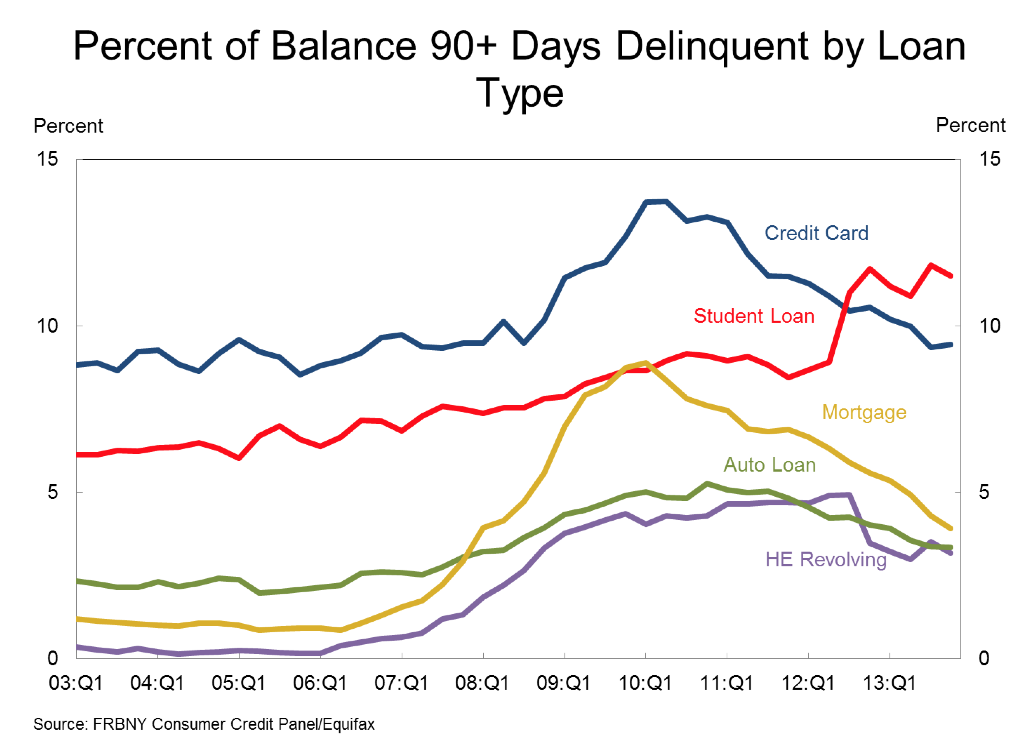 More bad news for student loan borrowers: student loan debt is growing faster than any other type of debt–and more and more borrowers are falling behind on their payments.

According to the most recent consumer debt report by the Federal Reserve Bank of New York released on February 18, 2014, student loan debt is outpacing debt from credit cards, mortgages, auto loans, and HE Revolving loans.

And that’s not all–the percentage of student loans that are 90+ days delinquent is growing fastest as well.

"With the recent explosion of student debt, it is clear we need a new approach to how students pay for college." -- Rep. Jay Hoffman (D-Swansea)